Quality of care in Sierra Leone

Sierra Leone is one of the most dangerous countries in the world for mums, babies and children.

An estimated one in 17 women in Sierra Leone will die as a result of pregnancy or childbirth (compared with one in 5,800 in the UK). This West African country has the highest rate of maternal mortality in the world - and the 4th highest rate of child mortality.

Some of the biggest problems lie in the country’s health system, which is critically underdeveloped, understaffed and under-funded. This means the care that people receive from the health service is often poor and ineffective.

Thanks to the work of development organisations, the situation has been improving in recent years, with more local health volunteers and equipment. However, provision is still poor. For example:

This lack of reliable health care deters poor families from seeking care and perpetuates continued belief and use of traditional practices. (Some of these practices may be helpful - but some also harmful.)

Child.org has conducted an assessment of health needs in the Yoni community. Read our report to discover our findings:

Much of the excellent work conducted by organisations in Sierra Leone has aimed to improve the provision of health services. Child.org and the World Health Organisation (WHO) have started working together because we believe that there are missed opportunities to improve the quality of care.

What is quality of care?

Changes to quality of care are less reliant on ongoing funding than changes to provision (which might involve hiring more staff or providing more equipment.) But quality of care can have a big impact. If we can make people’s experiences of accessing healthcare more positive, they will be more likely to seek help again, and they will be more likely to receive and pass on vital health information.
In Sierra Leone
1 in 17 women
will die as a result of pregnancy or childbirth

"Nothing could have prepared me for Sierra Leone."

In Sierra Leone, I found a health system still in recovery from the devastating outbreak of ebola, and opportunities for Child.org to have a real impact for mums and children.

As Technical Advisor in the Child.org programming team based in Kenya, my work is to help design and implement programmes. It is to shape programmes in a way that gives them the best chance at succeeding in protecting children from poor health and other harm and giving them the best shot at not merely surviving but thriving and meeting their full potential. The bulk of our work is in Kenya and so, naturally, we work out of a lovely little office in Nairobi. Over the past year, the team has been working to develop a programme in Sierra Leone and as soon as I joined in January, we were planning a trip to Sierra Leone.

Nothing could have prepared me for Sierra Leone. My colleagues continually stressed that I should expect that the health system had taken a huge beating after the ebola outbreak of 2014-2016 and that it was some way to recovery. No one had warned me that I needed a separate bag for travel money, though. The local currency in SL is called ‘leones’ and the largest denomination note is 10,000 Leones which is worth a little over a dollar or just under a pound. A week’s travel money is therefore easily half a kilo of bundles of notes.

Sierra Leone has been in the news in recent years over the civil war in which 50,000 people were killed between 1991 and 2001 and the Ebola outbreak of 2014 to 2016. I was later to learn that 7% of Sierra Leone’s healthcare workers died in the outbreak and left the health system with even deeper gaps in human resources. In 2015, the UN estimated that Sierra Leone had the highest maternal mortality in the world- 1.5% of all mothers died during pregnancy, in childbirth, or shortly after.

Sierra Leone has a rich and chequered history: its landing beaches were once a slave trading outpost before becoming a refuge for those fleeing slavery and a focal point for naval forays against slave traders in the Atlantic. It has had more than its fair share of political upheavals and pestilences, promising economic booms and seasons of biting want. Its people were once dubbed the most resilient people in the world. And it is easy to see why. In a country where the scars of the civil war are not buried too deep under the surface and the poverty of the majority of the population is immediately apparent, people smile easily and talk openly. It is also probably one of the places where I have felt safest far away from home. People may ask for tips and bribes in roundabout ways but never with menace and an early morning or late evening beach run alongside the tossing Atlantic is always a sensible move when in Freetown.

The most challenging circumstances I have seen

I have had the privilege of seeing health systems up close in different parts of the world. I left convinced that these were the most challenging circumstances in which to try to assure people’s health and wellbeing that I had ever seen. There are some things the country has got exactly right: the ambulance system under the National Emergency Services launched last year is working as designed; most women receive antenatal care and deliver in health facilities; cases of maternal deaths, child deaths, and stillbirths are investigated through the Maternal and Perinatal Death Surveillance and Response (MPDSR) programme. 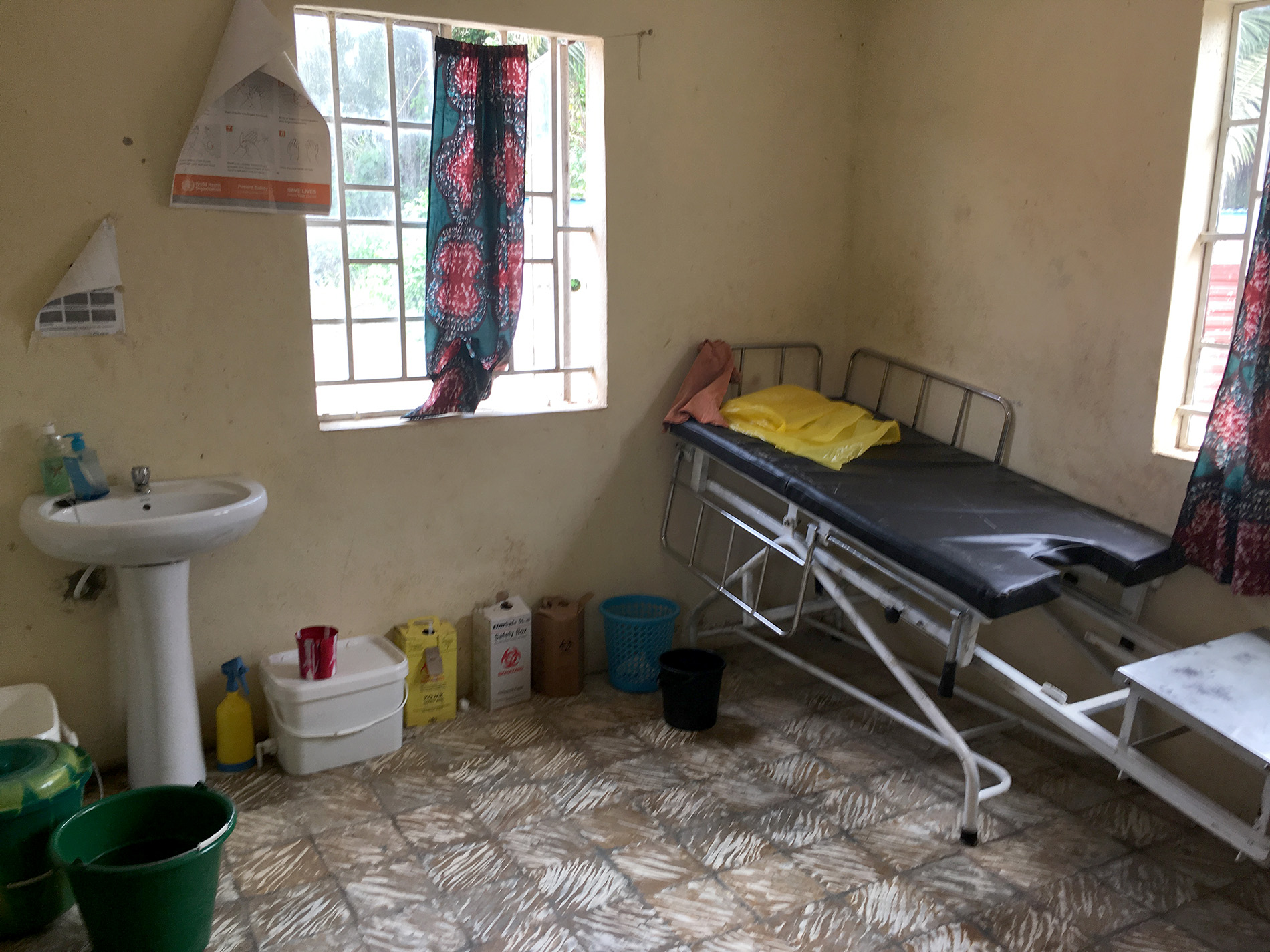 Significant challenges remain: the staffing follows some kind of rule of thirds- a third of the positions are substantively filled, a third of the positions are staffed by volunteers, and another third are not filled at all. Volunteers are drawn to work without pay for fear of losing their skills as practitioners to give them a good shot at landing an opportunity to work. They provide an essential service without a means to provide for themselves or their families and this creates the risk of some people seeking unofficial payment for services that should be free. Stocks and supplies required for provision of basic services are often inadequate. Laboratory and diagnostic services tend to be rudimentary even at regional hospital level.

While it will take some time to change the narrative in Sierra Leone, it is by no means impossible. Parts of the health system that are working well already attest to the country’s potential to turn its health story around. There is an increasing investment by partners and interest in working with the people of Sierra Leone to improve the situation. Child.org is one of those partners and I, for one, look forward to visiting again and again, building friendships and collaboration, and learning from seasoned practitioners who continue on the trenches of the good fight to assure the survival of mothers and children and the health of a populace.

PS: I did find a little spot of home away from home! Nathaniel, the hotel manager at the Barmoi hotel, is my compatriot and after a week out eating rice day after day, his chapati and ugali are a priceless culinary break- and taste awesome! 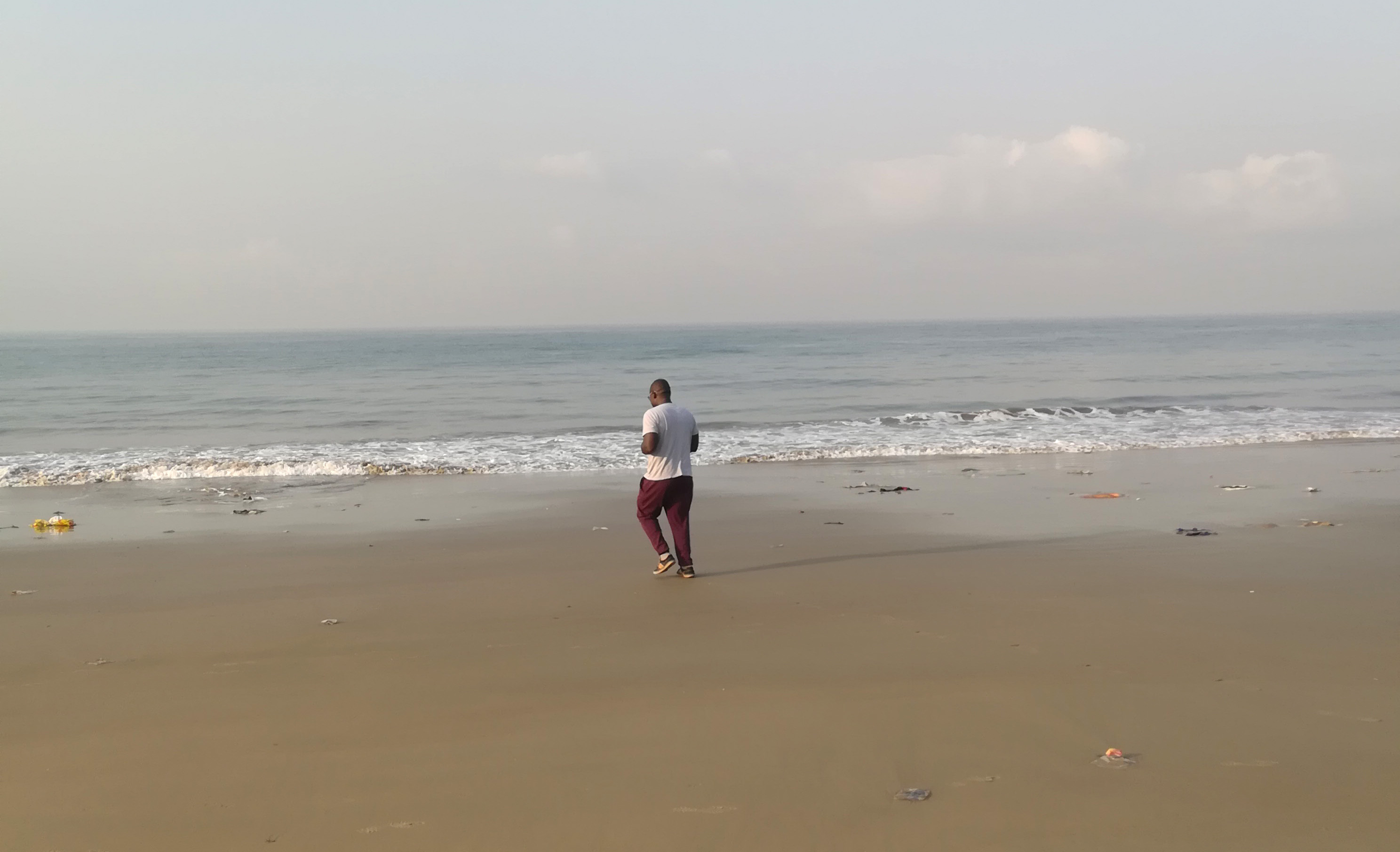 The photographs in James' blog (apart from the last one) were taken at Yoni Community Health post, where Child.org has been collaborating with Makeni University on research into opportunities to improve quality of care.

We would like to say a huge thank you to our friends at Festival Republic, who are funding our exploratory work in Sierra Leone.

To extend our work in Sierra Leone, Child.org need to grow our regular, unrestricted core funding. If you believe in James' work - please support it. Join Child.org Core, or email us at hello@child.org to let us know how you can help.

Who defines quality of care and how do we measure it?

The term "quality of care" is defined by the World Health Organisation (WHO), and they also provide a framework for improving the quality of care for mothers and newborns. Sierra Leone has recently joined the international Quality of Care Network, but at the moment it has no data or basic tools to provide consistent evidence about the experience of health service users.

Without this evidence, Sierra Leone can't identify where low or zero-cost improvements in quality and experience may be possible. It's also impossible for local health services, government or WHO to monitor improvements.

This is why Child.org are keen to prioritise the development of these data and tools - as you'll see from the methodology outlined below.

Child.org are working with the Department of Public Health at the University of Makeni.

We are proposing our first health needs assessment to run in the population served by Yoni Community Health Post. This is close to one of the university's outlying campus buildings, allowing for us to start the project together with fewer start-up logistics and costs.

Yoni Community Health Post covers a population of 3,144 people spread across nine rural villages on the outskirts of Makeni. These villages were disproportionately affected by Ebola - in one village over 50 people were killed. 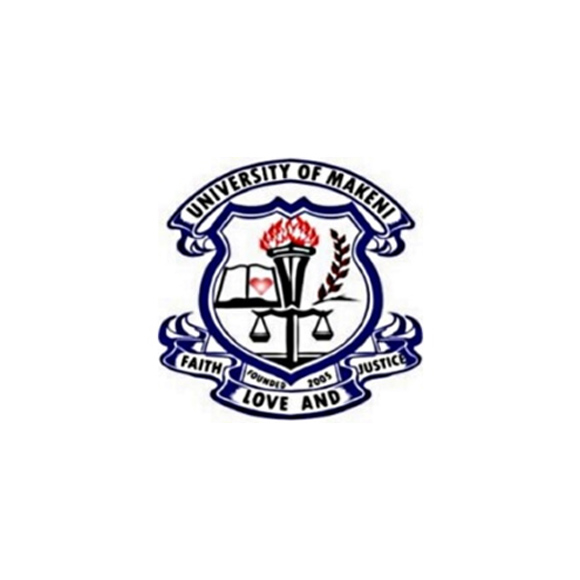 Child.org’s work in Sierra Leone is about investigating to find clever little, inexpensive changes that will have a big impact. As the data and assessment of care in Sierra Leone is scant - our first move is to collect this information to help us to identify the biggest opportunities to improve quality of care.

We will develop simple tools to assess the experience of using health services by mothers, families of newborns, children and adolescents in Sierra Leone.

The assessment tools we develop will be based on existing tools used across a range of diverse countries.  They will help collect data linked to key indicators and international rights-based standards.

The data sets and tools we create can then be used by WHO and Government of Sierra Leone to drive improvement priorities and reporting indicators. They will also be used by district and local health services in Bombali and Makeni (plus Child.org and other partners) to identify and inform further interventions.

Child.org, and the organisations we are working with, will use the information gathered to act on opportunities to improve the quality of care for mothers, babies and children. We are investigating ways to help people to identify when they need to seek healthcare, and encouraging them to do so.

For example, we are proposing a pilot study to identify pre-term and underweight babies born at home using a simple foot measurement card.

How you can help

Child.org's work in Sierra Leone is in its infancy.

If you're interested in supporting an important and innovative stream of international development programming, right from the very beginning, please consider joining making a donation, and make sure you check the box to receive our newsletter. We'll update you as things develop!

Note: The photographs we're currently using to illustrate our work in Sierra Leone on this website were actually taken in Kenya on our other programmes. We have not yet had the opportunity to photograph our new work in this country, but we hope to have some photographs from Sierra Leone soon!