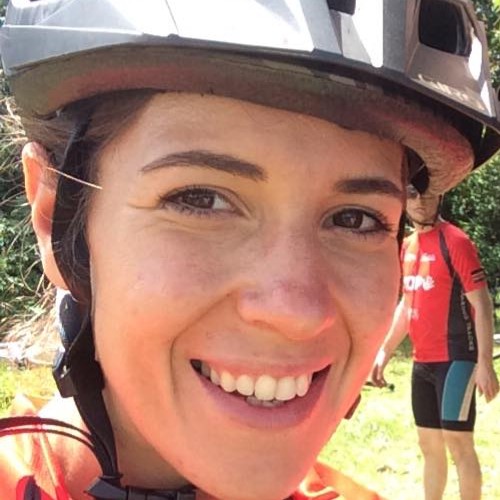 Child.org trustee Sam Mason talks about her experience of the 2014 ride.

We’d done a little training and bought the kit that until then we’d never heard of – SPDs, sleeves, chamois cream. In all truth I felt fairly under-prepared and pretty apprehensive. Most of us had never cycled in that sort of climate. Personally, I’d naively assumed that commuting by bike in London would be the perfect training ground for cycling in Africa.

The ride itself covered 460km, from Kampala, Uganda through to Kisumu in Kenya – a route that skirted the edge of Lake Victoria and took us both on and off-road.

Tough, but worth it

I hadn’t considered the constant searing heat, how my bottom might feel after 3 days of riding or the possibility that we might have to cover a whole day in persistent headwind. I didn’t think about roads simply being so broken that my bike bounced around, or that when our guides told us “just two more hills” what they really meant was 15 more hills. But I’m glad of every moment, and happy about every well managed lie. It was one of the most exceptional things I’ve ever done. Even when my thighs burned, my back knots screamed, and the kilometres kept coming like a never ending snake – there were always scores of screaming children, men and women cheering “JAMBO! JAMBO! JAMBO! How are you?” to lift us. That we had such amazing support and encouragement through all bar none of the land we travelled through was so humbling.

A beautiful country, filled with exceptional people – it was such a privilege to be there. As well as the locals around us, within the group of riders I witnessed so many other extraordinary things. Every hour people were supporting one another, a hand on a back up a punishing hill, distracting stories on the longest (140km) day and pelotons in headwinds with front position dominated by the strongest amongst us. These little acts bonded us all minute by minute, in a way I don’t think any of us fully appreciated until the end.

Flying down a spectacular mountain we arrived in Kisumu, 15km of pure descent with breathtaking views of thick green jungle and Lake Victoria. It was a truly awesome site. Breathless and the best kind of overwhelmed, we had arrived and were met in true Kenyan style – music, dancing, cheering and a wonderful presentation!

The following day we took everyone to see three of the KOP projects. I’ll never forget this day. One of the main criticisms people have with donating to charitable causes is the lack of transparency. There’s no way of seeing the impact you’re having or knowing what you’re really supporting. On this day, 50 riders got to meet hundreds of children they were directly supporting through their fundraising efforts.

At Rabour school a mass game of football broke out on the pitch (where we took more Western casualties in ten minutes than during the whole ride!). At Kochogo feeding centre, just after lunch, music was blasted and a group of us danced with 140 children between the ages of 1 and 11…(we were shown up horribly, in case you were wondering). And at HOVIC shelter we listened to a brilliantly charming and eloquent teacher reveal the journey he had been on – from the street to the classroom. We all hung on to his every word and left feeling so much. Respect, humility, awe at his courage. It was a hugely emotional day, chased by 5 days of physical and mental exertion, every barrier within us had come down.

Tell me about cycling opportunities