Team Mum team mum Team Mum Monthly
In a large number of households in both rural and urban parts of Kenya, mums are unable to afford disposable nappies (diapers) for their babies. Instead, they have to create alternative diapers made from cut-up pieces of cloth and plastic. Hidaya Diapers are changing that.

In a survey that Child.org conducted as part of our Pregnant Women’s Groups, we asked mums what items they thought were most important to take care of themselves and their newborns. The overwhelming answer was napkins and diapers.

Child.org now includes Hidaya Diapers, an affordable and safe alternative, as part of the baby pack we provide to all pregnant women we work with. Prior to lockdown, our team caught up with the founder of Hidaya diapers, Hildah Akinyi, at her shop in Dandora Market (Nairobi) to learn a bit more about what sparked her diaper venture & why it’s so important. 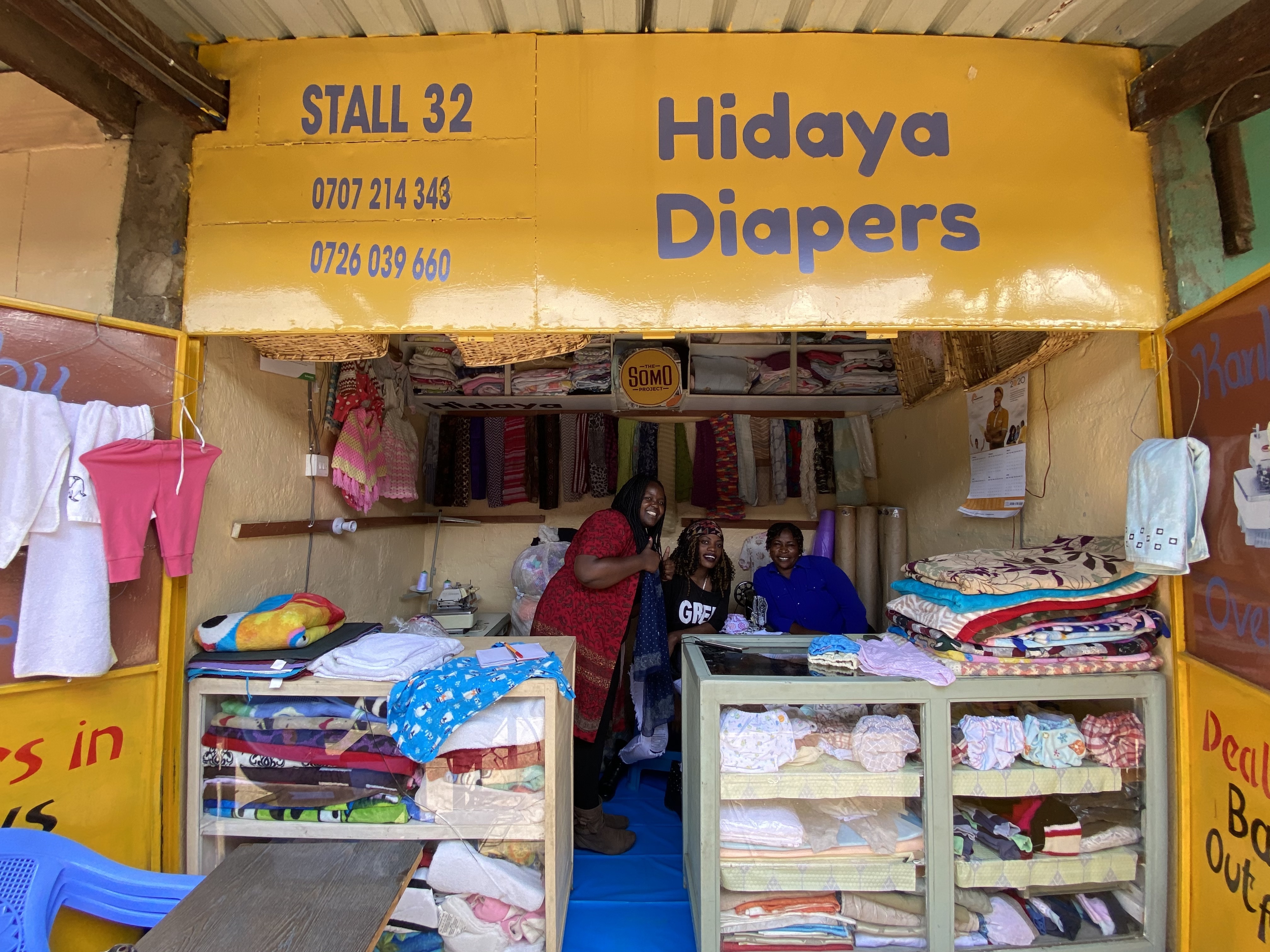 Hildah Akinyi founded Hidaya Diapers more than 10 years ago. Prior to engaging in diaper production, she was vending peanuts in the streets. She was forced to leave her young children at home while she went out to work, earning as little as Kshs50 (less than 40p) per day.

Back then we lived in very poor conditions in the slums. After coming back home from vending, I would find my two babies sick, they were vomiting and diarrheaing which translated to using all the money that I had made all that day to take them to hospital” Hildah explained.

Poor sanitation in the slums meant that her kids were exposed to a playing environment ridden with sewage. This was the cause of the numerous disease occurrences in her children. While living in the slums, Hildah noticed that her neighbours were using polythene bags as diapers on their children, which were later disposed of poorly. Even more, the plastic bags were very noisy and caused a burn effect or nappy rash on the children as a result of the heat.

After identifying the need for an affordable alternative in her neighborhood, Hildah met Joyce who taught her to sew using a machine within just one day. She worked really hard and started saving to buy her own machine. Within no time she did and started sewing diapers with pieces of cloth that she didn’t have use for and plastic fabric. The plastic lining between the cotton prevents leakage through the clothes. She made diapers for her neighbors who really appreciated them, marking the beginning of her reusable diaper production. She then found a space along the road where she could sew the diapers and sell them to people in the community. 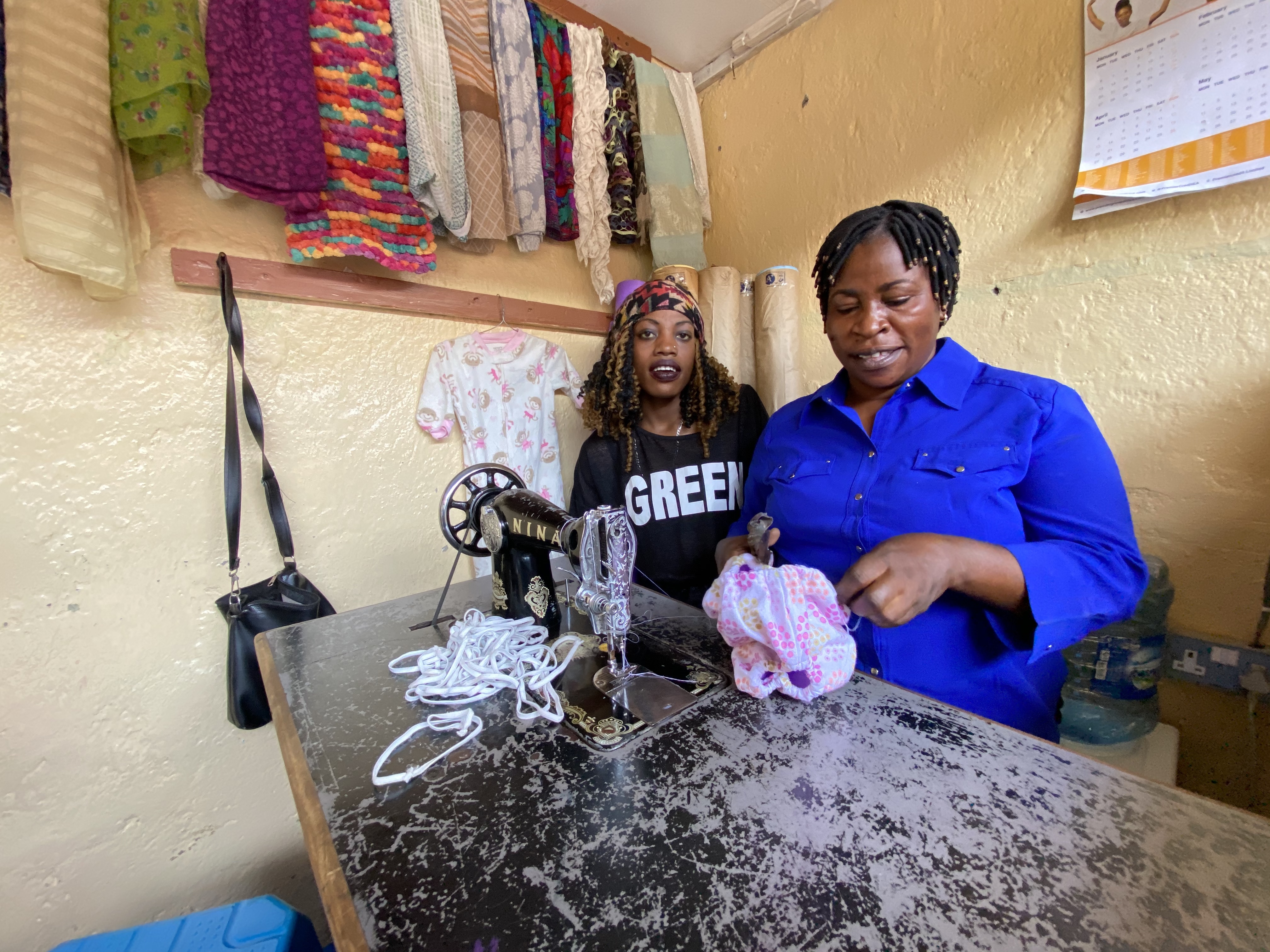 It was on the roadside as she was doing her normal routine that Hildah heard about Somo Africa, a local community initiative organisation that empowers entrepreneurs in informal settlements. She applied for support and they approved her business idea. They took her and her daughter Diana (both pictured above) for sewing classes at Kibera, an informal settlement in Nairobi. After completing their training, Somo bought them sewing machines, fabric and even found her a space in Dandora Market where she now sews and sells her products.

Since I started this business, our lives have really changed, I am able to meet my needs.  I would love to request fellow mothers not to look down on themselves, that little idea they have can take them far.”

Working with Hidaya Diapers is one of the ways in which Child.org invests in vulnerable women to contribute to building their economic capacity and security. We want to thank Hildah for her amazing work with Hidaya Diapers and for taking the time to speak with our team. If you want to learn more about our Pregnant Women’s Groups, get in touch with Clare at clare@child.org. 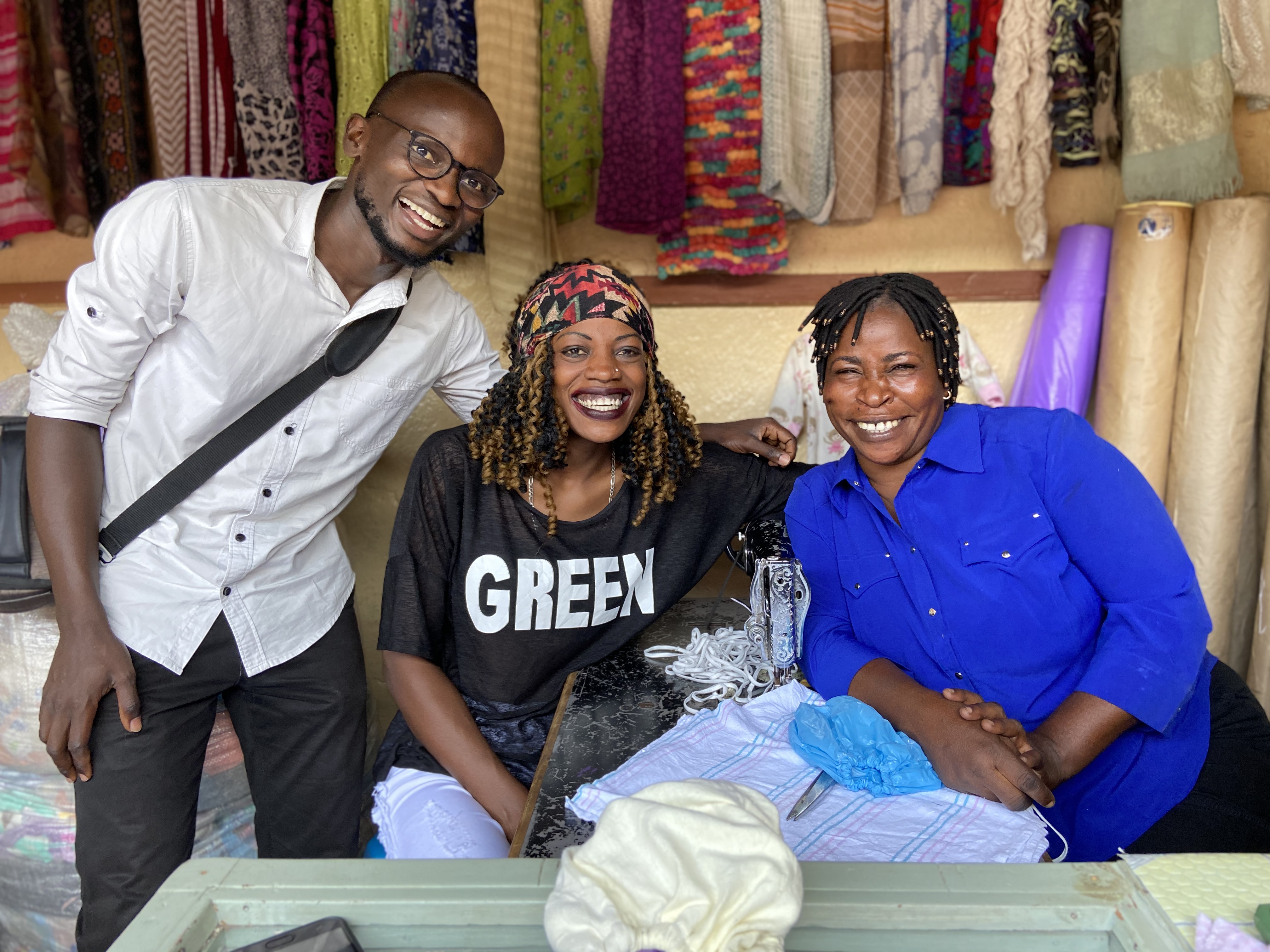