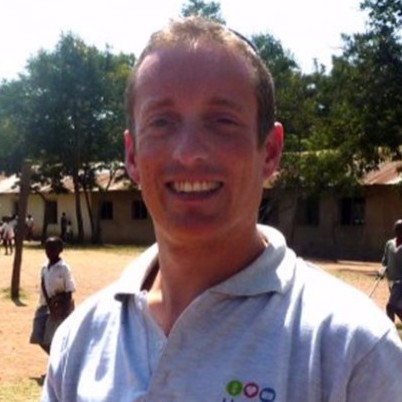 “These children have to choose between finding food to eat and going to school.”

It was 2005 and I can still remember these words vividly. Owain and I were living in Kisumu doing medical work at the hospital we and the KOP students had helped to build 3 years before.

In western Kenya poverty and HIV were continuing to ravage communities and in their wake, a generation of children left orphaned, often fending for themselves or in the care of elderly relatives. In Kochogo, a rural area just outside of Kisumu, many children were being cared for by siblings or grandparents in desperate poverty and hunger. The result was large numbers of children dropping out of school in order to work for or find food to feed themselves and their younger siblings.

Our project partner in Kenya (Omega Foundation) had funded a small project providing lunches for a small group of children in an old, disused mud church. The conditions were poor but the project was providing a hugely important lifeline for desperate children, giving them lunch in an effort to enable them to attend school. What these children needed was a space where they could come for breakfast before school and lunch during the school day, as well as a place where they could feel safe and where they could play. In addition the project needed clean water, sanitation facilities and a place where the food could be stored and cooked safely.

After discussions with Omega we agreed that Child.org (then known as Kenyan Orphan Project) would take on the fundraising and building of the Kochogo children’s centre and Owain and I set about managing the project with our friends at Omega. Funds started to come in from the UK and we started the building. Under a scorching sun the project team laid the bricks and worked with the community to establish the new centre in Kochogo. 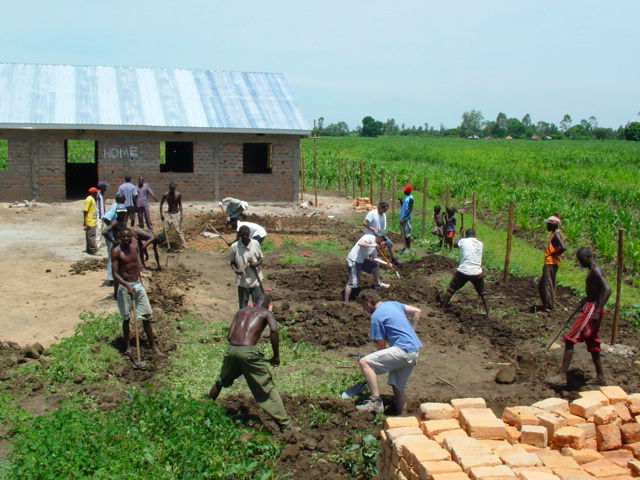 In just over 3 months the piece of land was transformed from a muddy field into the new centre. On opening day the centre was filled with children and community members and the joy was tangible. For children who had lost so much, and were living day to day with such terrible uncertainty, here was a coming together of the community to state clearly that they would be looked after. At the opening ceremony the area chief announced proudly to the children “Now you will not be hungry. You can go to school.” Everyone, including the children, cheered. 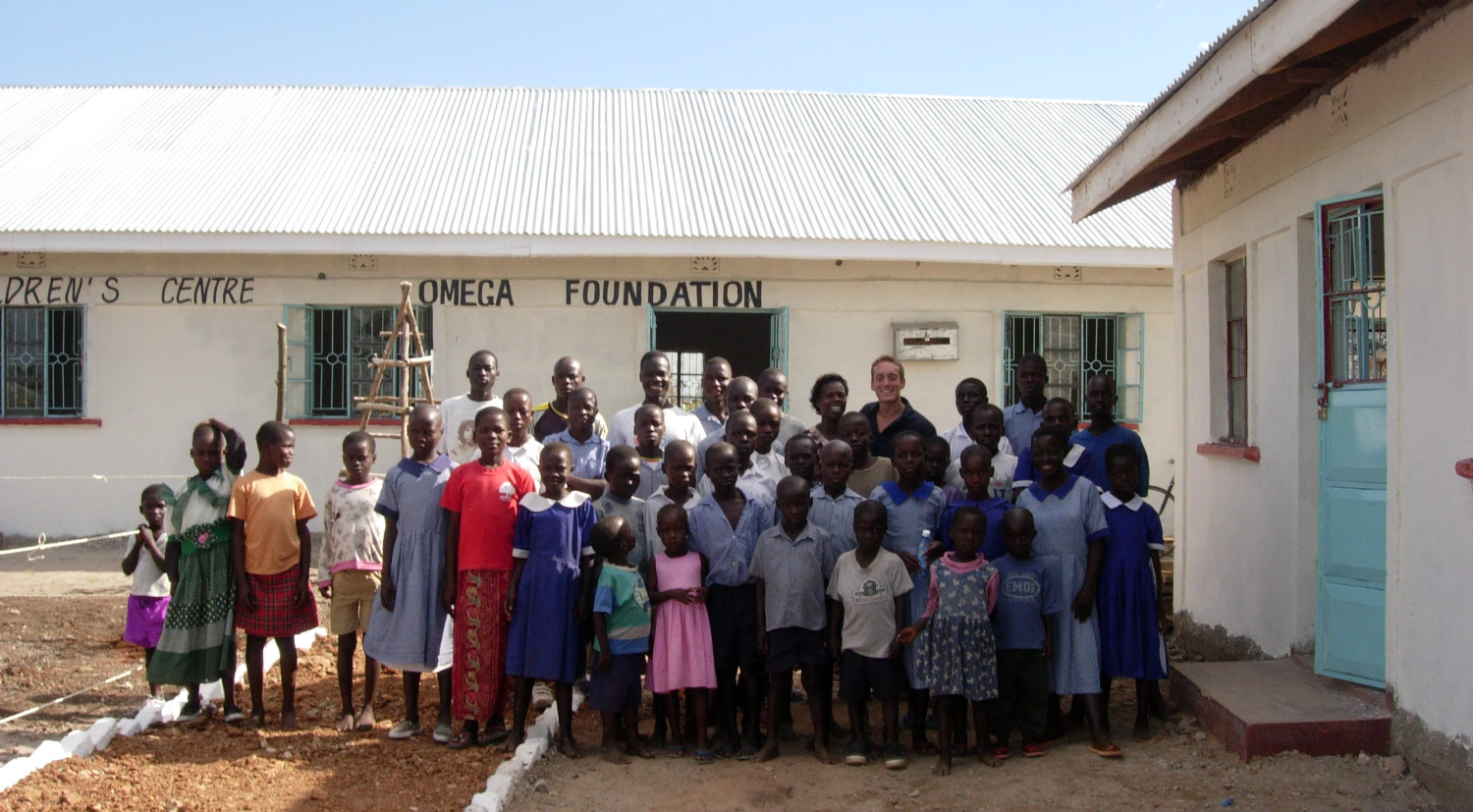 My lasting memory aside from the smiling (and sometimes slightly bewildered) looks on the faces of the children was Alice and how she felt. Alice was the community member managing the project and had been like a mother to us during the building. She had been involved, supported us, cooked for us and had worked so hard with Gaudensia and Dina, two other women from the community, to look after the children. They not only cooked the food for the children every day but also showed the children the love and care that they so badly needed. These women epitomised the community spirit, compassion and dedication that shines out so strongly in the most difficult pockets of human desperation, in so many parts of the world. For projects like this to succeed, women like Alice are key and no amount of funding or charitable support is a substitute. As Alice embraced us on that opening day, I knew that the children were in good hands. 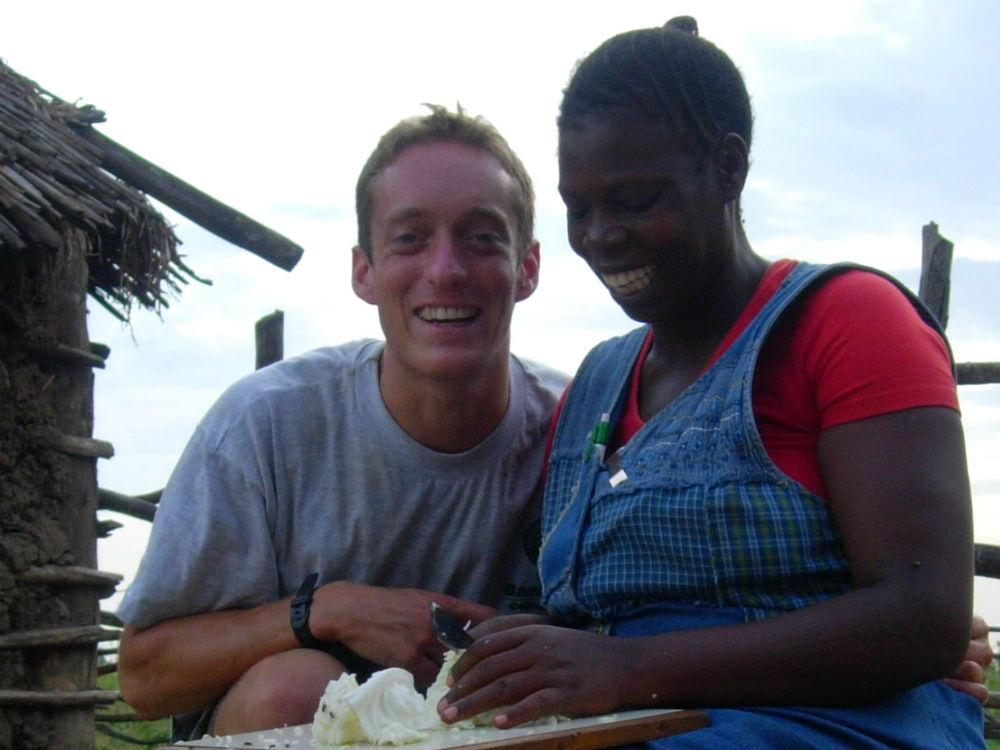 Since it opened in 2005 the Kochogo children’s centre has fed and looked after hundreds of children and today continues to support 180 children with meals, clean water, sanitation, social support and additional education.

It is a testament not only to what can be achieved from humble beginnings but also to what we can do for vulnerable children to give them a chance for a better life when we and our communities come together committed to that goal.

For the latest from Kochogo, there is a lovely blog on Charity Apprentice from Ruby about her experiences there this summer. You can also read more about our rural children's centres on Child.org.