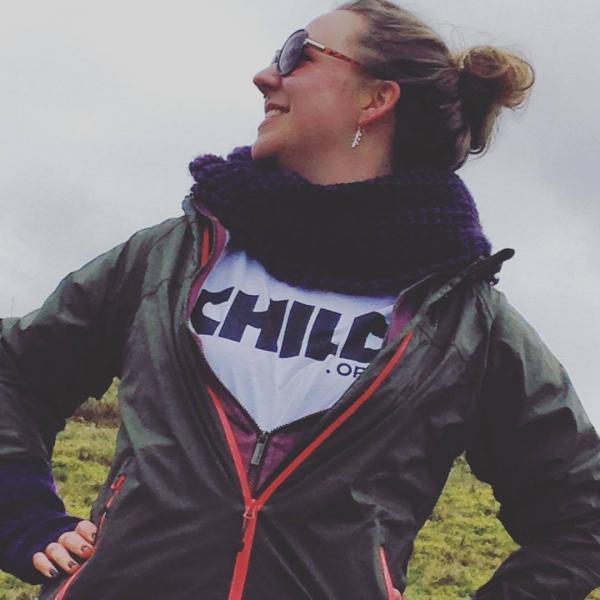 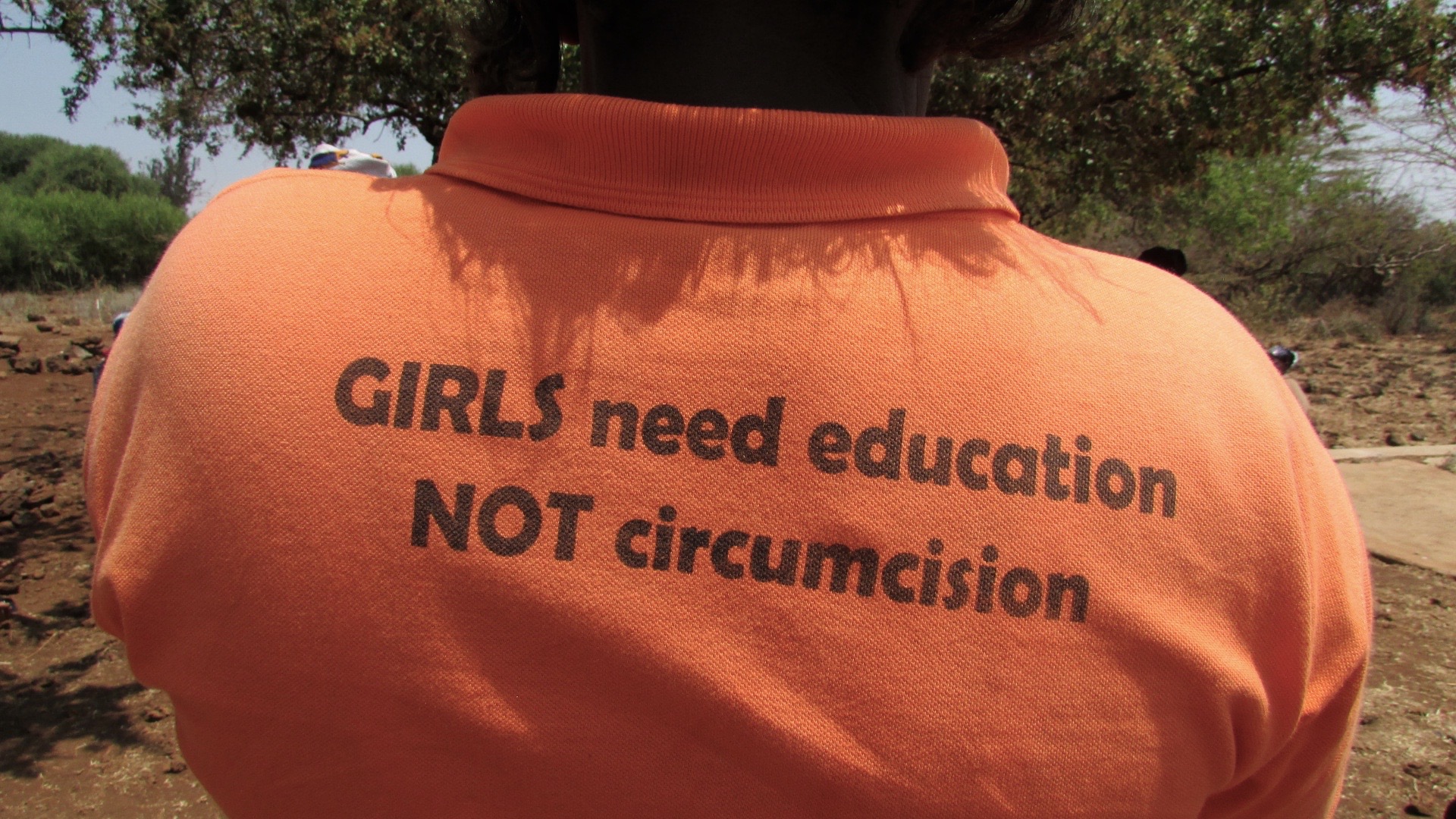 Following three weeks of anticipation and preparation, the Alternative Rite of Passage weekend event for girls seeking an alternative to female circumcision was upon us. The event was going to be an invaluable insight into the progressive education and protection of vulnerable girls in rural Kenya. Child.org were excited and proud to be a part of this event, which looked to empower young girls in order to protect themselves against Female Genital Mutilation (FGM).

We worked very closely alongside Margaret Ikiara and her community organisation, CIFORD Kenya, and we had really begun to grasp the importance of the event and how it was changing the future for so many girls in Margaret’s community. Her experience with female circumcision and her father’s controversial choice to refuse it on her behalf became the core inspiration behind her lifetime commitment to community development work. She is renowned for her involvement in the fight against FGM and for empowering women and girls through the encouragement and provision of education. Forty girls were invited to attend the event, which was funded by CIFORD’s newest partner, Soroptimist International of Great Britain and Ireland (SIGBI).

Child.org were taking this opportunity to conduct valuable research in order to gauge the girls’ understanding of important social issues surrounding FGM and how effective an educational Alternative Rite of Passage (ARP) was to their future protection against social exploitation. The girls were chosen based on their perceived vulnerability to female circumcision, a practice that has been illegal in Kenya since 2000 but is still commonly occurring, particularly in rural areas. The girls, aged between 10 and 16, were housed, taught, fed and watered for free for the entire weekend, which has not always been possible for earlier ARP’s due to financing issues. Relying on parents to make a contribution to cover expenses created an unfortunate barrier for some of the most vulnerable girls in the community, many girls consequently missing out on an education that could potentially save their life. 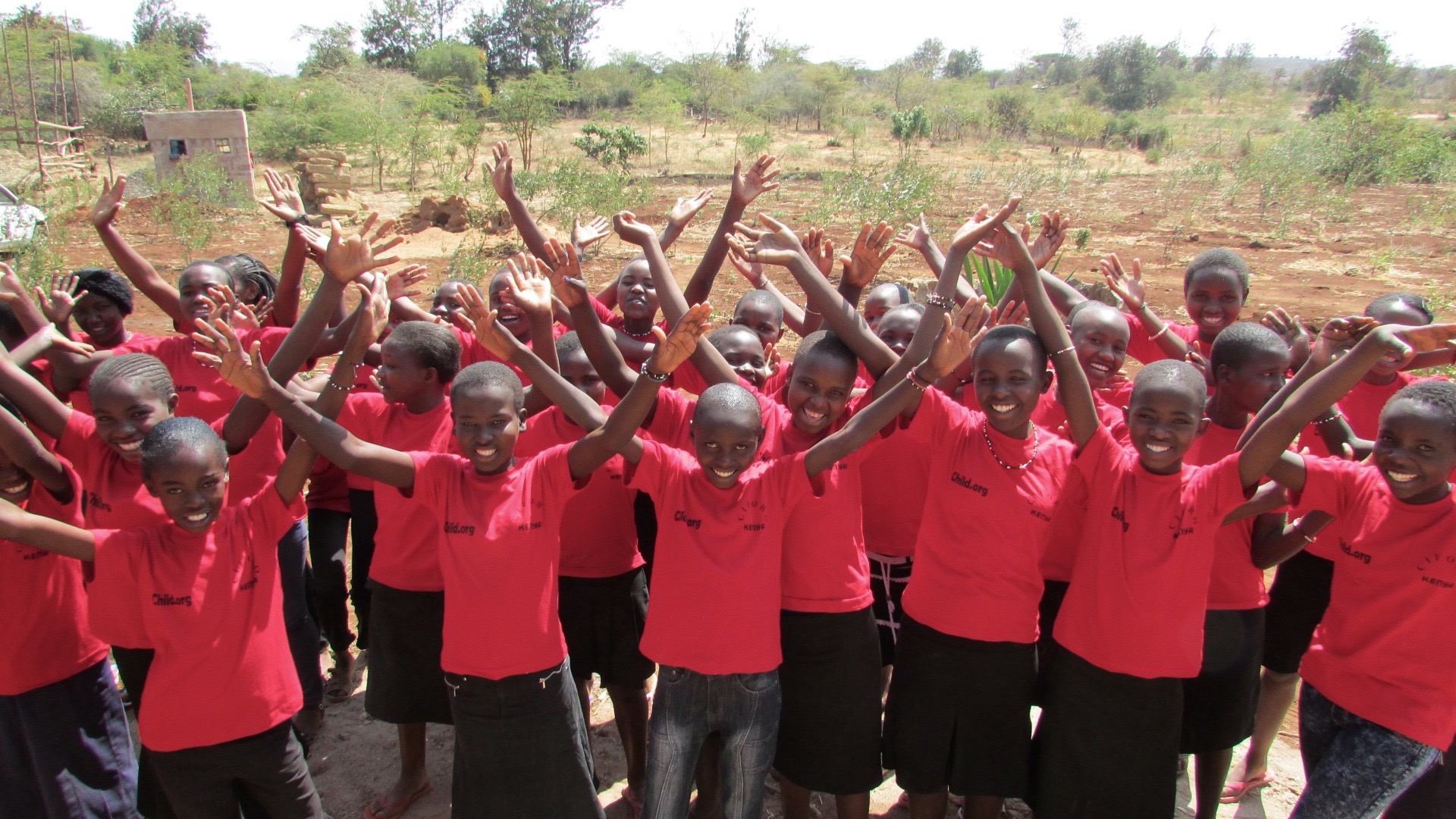 The seminar topics were chosen to help the girls learn how to identify and deal with situations that compromised their safety and their human rights. By giving them the knowledge they needed to make informed decisions to protect themselves, CIFORD hope that these girls would become a revolutionary generation that would pass down accurate information to their own children that contradicted the cultural myths that have been condoning the dangerous ritual.

In regards to FGM, we learned that scare-tactics were commonly used to ensure their cooperation despite its official condemnation and national ban. The myths that were highlighted included the idea that uncircumcised girls are considered unclean, that they are promiscuous and undisciplined, and that if the clitoris is not removed it continues to grow. All these untruths are exacerbated by the fear of a lifetime of social exclusion and humiliation, not just for them but for their families too. It is clear that the element of shame and guilt that accompanies these harmful lies come from people that the girls trust and have been brought up to respect, which means that challenging this information isn’t always 100% effective. Some girls have been known to graduate from the ARP and still undergo circumcision. However, with the dedication from CIFORD and support from community government and other institutions there is a much better chance of reducing the amount of girls affected by FGM - reaching out to parents will play a key role. 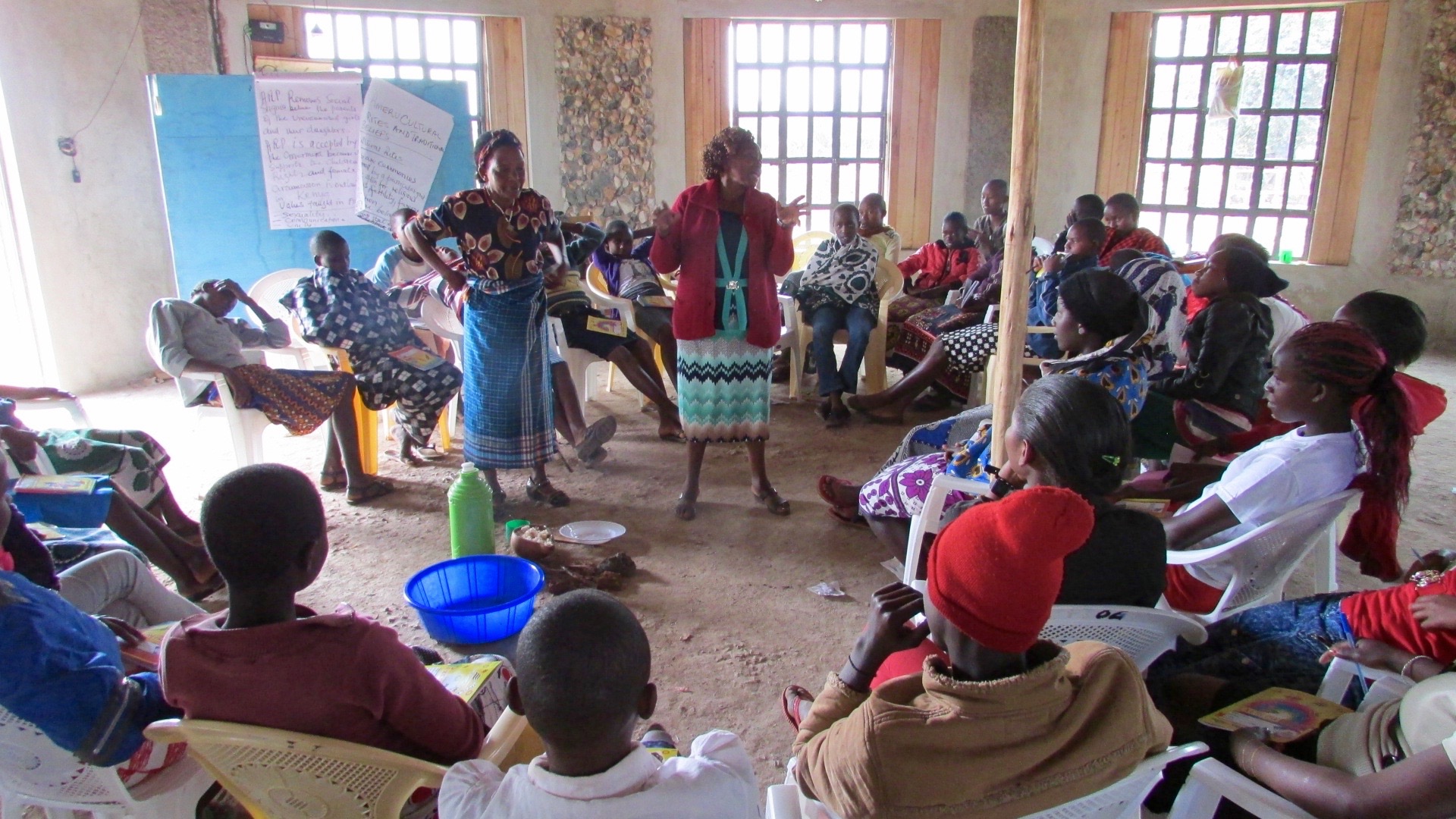 The educational sessions covered important social issues including the repercussions of teenage pregnancy, early marriage, HIV/AIDS, drugs and substance abuse, as well as the short and long-term effects of FGM. The girls were given an insight into the secret rituals of traditional female circumcision by a woman who had been circumcised herself and by a retired nurse who had witnessed the traumatic medical consequences of the dangerous procedure throughout her career.

Our Child.org Charity Apprentices held a girls' empowerment and self-realisation session to emphasise the importance of internal strength and to open up their minds to the importance of the role of women in society, even within a male-dominated culture. We had the girls identify important characteristics of a strong woman, emphasising that these traits were already inside them and that it was up to them to acknowledge, embrace and nurture these strengths and encourage other girls to do the same. This session was held in alignment with CIFORD’s belief that self-realisation is an integral element of education and that confidence and self-belief motivate lasting social change.

Margaret received an unprecedented amount of donations of sanitary towels, books and pens from local members of the community that were handed out to the girls at their ARP graduation ceremony on the last day. They also received a t-shirt from CIFORD that they proudly paraded down the street for their graduation procession, exhibiting an indisputable message to the community: Girls need education, NOT circumcision. 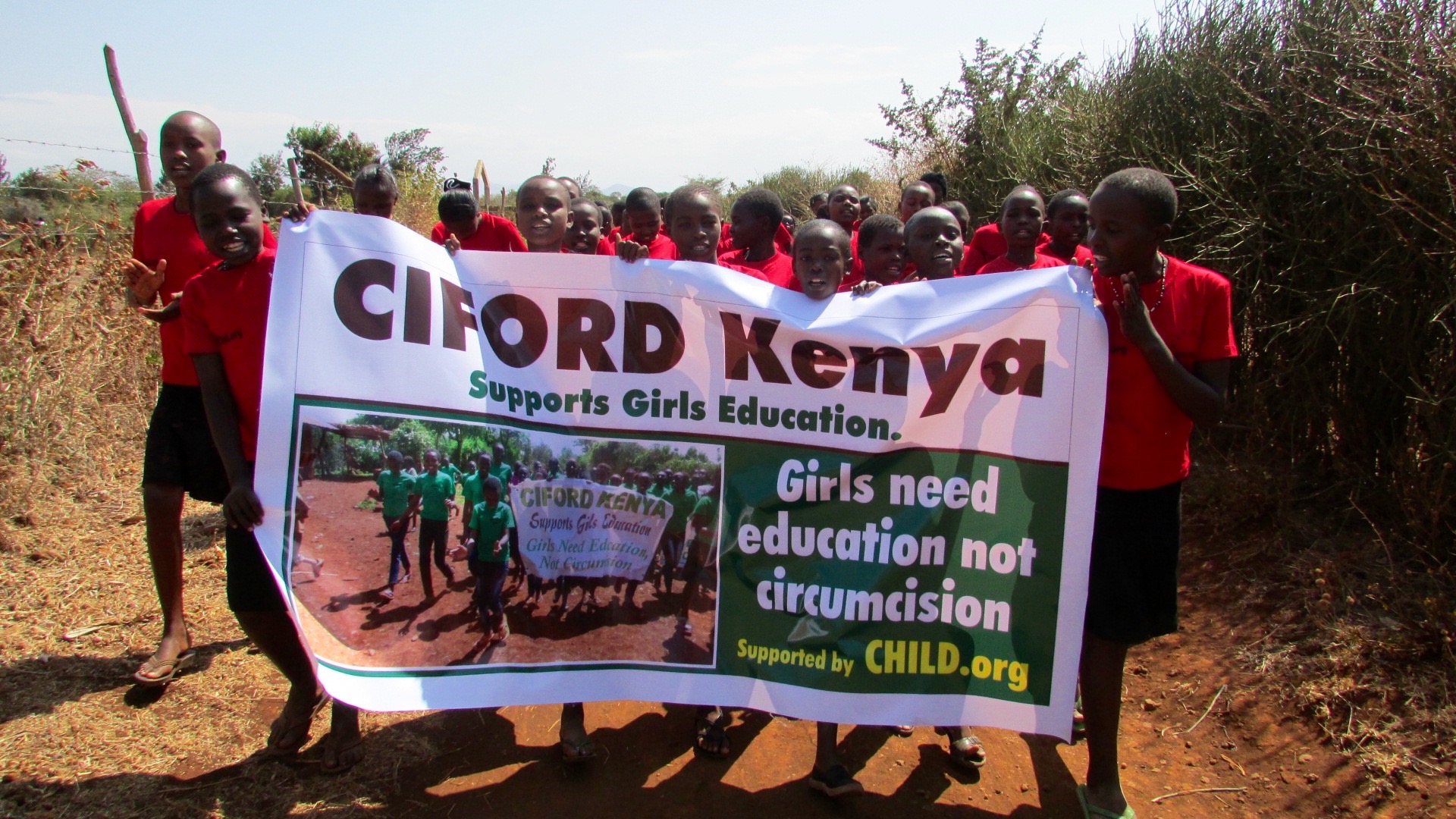 Speeches at the graduation ceremony emphasised the societal importance of what the girls had been taught over the course of the weekend. The local Chief, a pastor, parents and other guests were among the speakers who acknowledged their community responsibility to reach out to others who are vulnerable to harmful cultural traditions like FGM that inhibit necessary and progressive change for a better quality of life for women. I was honoured to be a part of something so fundamental to the growth of their female community; a community who, despite much suffering at the hands of men, still acknowledged the need to educate and support men and boys in the same capacity, for a large scale social initiative that empowers everyone and hopes to work together to eradicate a currently still prominent and culturally embedded gender bias. 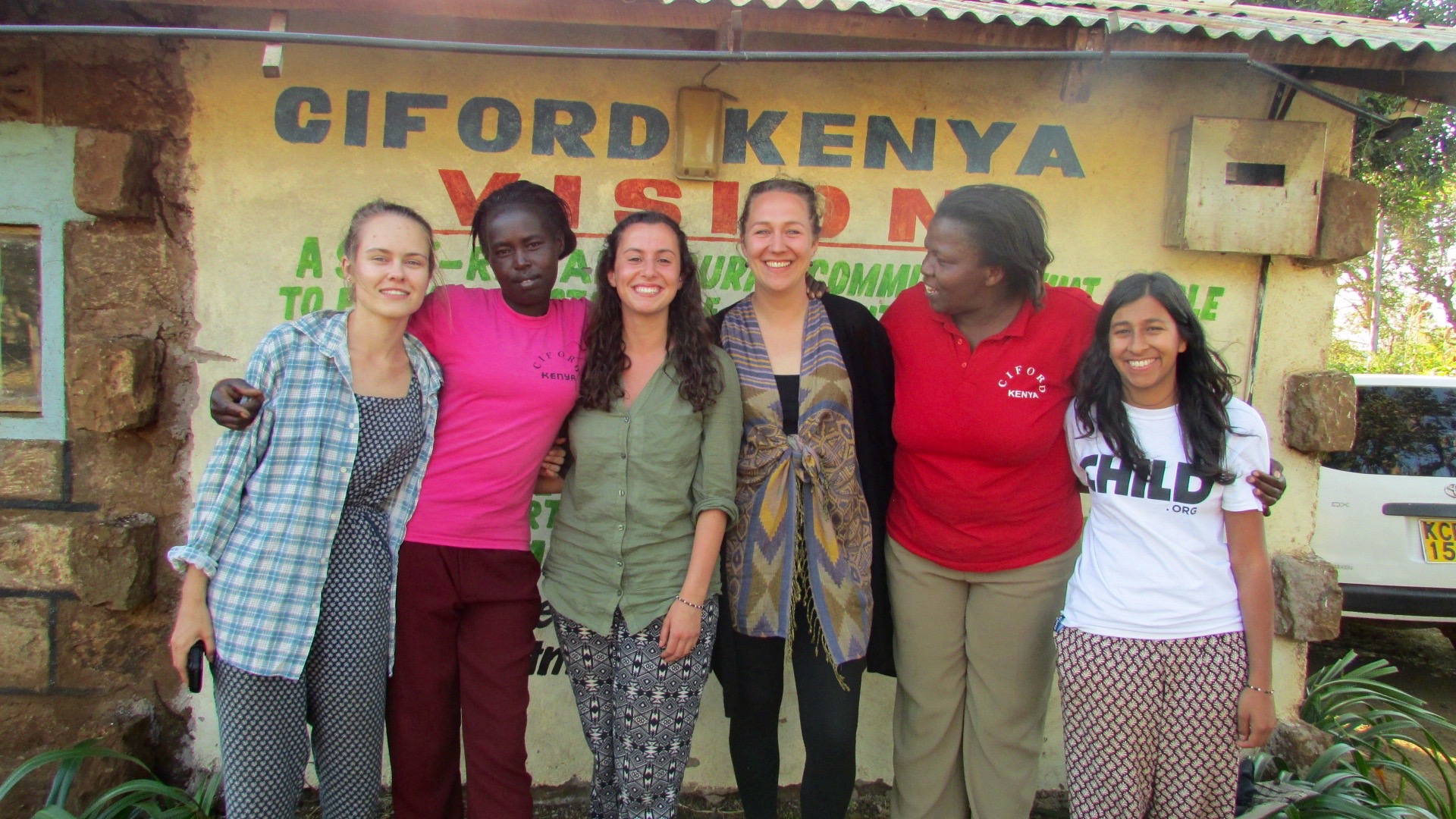