Indian cooking class with Monisha Bharadwaj
In this class, Monisha Bharadwaj, owner and chef at one of the UK’s leading Indian cookery schools, Cooking With Monisha, will teach you how to prepare a simple, healthy Indian meal that is balanced and delicious. Join her on Sunday 24 May, 2pm-4pm.
Book your place now

1. Buy your ticket to receive your ingredients list, recipes and link to the live online event.

2. Purchase your ingredients in advance (they're all easy to source!)

3. Follow the instructions you receive when you book to complete any required prep before the event begins.

4. Join the event live on 24 May to cook along with Monisha and prepare a delicious and simple Indian meal, honing your skills with an expert!

All proceeds from ticket sales for this event will benefit Child.org's emergency coronavirus appeal.

We'd recommend booking early - space is limited and you need some time to buy your ingredients before the event! 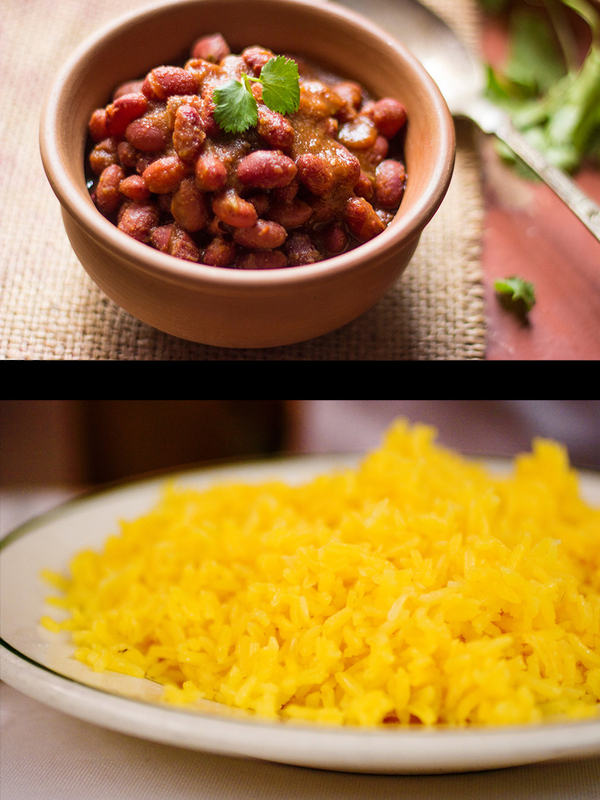 Suitable for vegans - simply swap the yogurt for your favourite vegan version!

Chef Monisha Bharadwaj is an award winning author and food historian based in London, UK. She was awarded ‘Cookery Writer of the Year’ in 2003 and her books have been shortlisted for awards such as the Cordon Bleu World Food Media Awards, the Andre Simon Award and the Jacob’s Creek World Food Media Awards. She has also won the prestigious food award from the Deutschland Akademie Ausgezeichnet in Germany.

She has written 15 books. Her books have sold over half a million copies in 8 languages.

Monisha is a trained chef from the Institute of Hotel Management, Catering Technology and Applied Nutrition, Mumbai and has been a food consultant to the Times of India (India’s largest media group) creating menus for celebrities such as the deputy Prime Minister of India as well as several top film stars.

Monisha contributes to several magazines and newspapers such as Elle, Delicious, The Mail on Sunday and the Sunday Telegraph.

She has cooked on TV for Great Food Live and Bites on UK Food and for the South African Broadcasting Channel. She has been a judge on Iron Chef America (The Food Network, USA) and cooked for ‘Chef on a Shoestring’ (CBS Network, USA). She has also done BBC’s ‘Food and Drink’ show and ‘Inside the Factory’ 2018, ITV1’s ‘The World’s Best Diet’ and Sky One’s ‘Fat Families’.

She owns a successful Indian cookery school in London - Cooking With Monisha. She has created and taught her courses at other cookery schools such as Divertimenti, The Bertinet Kitchen in Bath, The Ashburton School in Devon, Seasoned in south Derbyshire and The Bristol School of Food and Wine. She teaches several classes a week, from training chefs from all around the world to teaching people with specialneeds.Monisha has been Guest Chef at at Benaras, a Michelin star restaurant in London and at the Intercontinental Hotel, Park Lane.

She is often invited to judge food events and has been a regular judge at the Guild of Fine Food’s ‘Great Taste Awards’ for the past few years. In 2013, Monisha was invited to be Guest Lecturer at SOAS, University of London, to give a series of talks on ‘The History and Culture of India through its Food’. She was invited to be guest speaker at  Kew Gardens for the Indian Orchid Festival 2017 where she talked about healing plants used in Indian cookery. In 2017, Monisha developed and gave a lecture on ‘How The British Fell In Love With Curry’ at The British Council. She has been brand ambassador for Veetee Basmati rice in the UK and Europe for a few years. Monisha has demonstrated her simple style of cooking at Borough Market and in 2019, was invited to be a guest speaker on a Cookery Legends cruise. 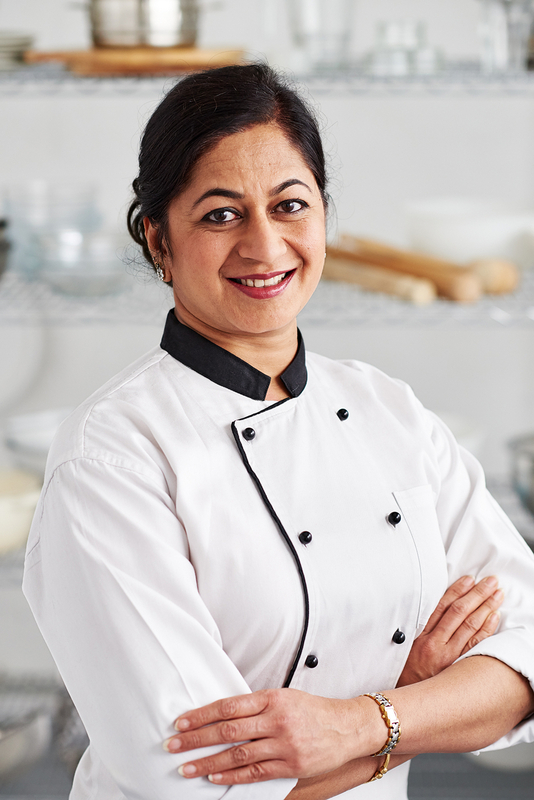